There was a great post last week over at swim.bike.mom. Meredith was training for New Orleans 70.3 and with just weeks to go before her race, she broke her foot. Her post was about choosing to be happy, even when your plans and hard work have been derailed.  I could totally relate to her post, because I have been going through all kind of ups and downs emotionally in the past couple of months thanks to my injury.


First, there was disbelief (or denial). I had been running for 10 years with only minor injuries, and now this? I have an injury that could keep me from training for 4 months or possibly longer???? And I was hoping to celebrate my 40th year by doing something I never thought I would do – a half-ironman distance race. It was a bit surreal to be sidelined.  I asked myself, "What if I had done that 3 miler in the morning?"  or "What if I had just blown off that 3-miler?  But nooooo, you can't let yourself miss a workout!".  Or there's the "Why did this happen?" or "What did I do to deserve this?"

Then, there was anger. I was pissed off that I had to miss the Houston Marathon (and that amazing 4-0 medal). Then, I had to cross the Woodlands ½ Marathon and Texas 70.3 off my to-do list. I was pissed that I had to miss my coveted early morning runs. I was pissed that I no longer had my “me-time” or my stress relief.  Add to that my overzealous, newbie Hubby...first of all, it was hard to see him head out for a run or a bike ride when I couldn’t do the same. And then to discuss the breakdown of EVERY FREAKING WORKOUT and share e-mails from Coach about each workout...I am sure I was the same way when I first started running and tri-ing, but still, every little thing would set me off. And then, the minute he found out that I could not do the 70.3, he and a friend created a team for something I’ve been trying to do for 4 years but couldn’t due to family and other race conflicts – the Texas Independence Relay. Talk about salt in the wound! I know this makes me sound like a huge bitch, but really, it was hard to hear that he was doing a race I really, really wanted to do. And yes, I am working on my attitude toward this.


There may have been some bargaining in there as well.

Then, there was that depressed feeling. I mean, why in the hell did it seem like I was getting soooo many freaking e-mails about races all of a sudden?
﻿
﻿
And, then there’s Facebook…a majority of my friends are runners and triathletes, so seeing posts multiple times daily about workouts and races was not helping. It made me sad to miss out on the fun of group runs and group rides.  Everytime the weather was actually nice and cool, I'd think about how great it'd be to be out there running.

And now, there is acceptance.

I still get angry, depressed and have my moments of denial. But it is getting a little easier. I am keeping myself plenty busy with work and family, and I am doing other workouts. It’s not the same, but it’s better than nothing. I’m not really good at “nothing”.

This weekend was the ultimate test. The Hubby and a lot of friends were running The Woodlands Marathon and Half-Marathon (I had planned to do the 1/2). I was going to be a good sport, put on my happy face and cheer for them. And you know what? I did feel a pang of envy. And, I almost felt the urge to cry when friends hugged me and told me they were sorry I wasn’t running, too. But, overall it was fun to cheer for friends (and strangers). I had my cowbell and was yelling to the runners…it felt good to see people smile and even say thanks as they passed.

I was so proud of the Hubby, because he worked his ass off for the past 3 months training for this race and it paid off – he had a 26 minute PR over his 1st half last year in Austin. Twenty-Six Minutes! He finished in 2:01! He was happy, because he was hoping for a 2:05 or less. But, on the other hand, he was a little disappointed because his ultimate goal (for now) is to finish in sub 2…and he was so stinking close. As the day went on, I think he began to realize that he should be pretty darn proud of himself.  I know he will get the sub-2 on his next half with no problem and will probably be even faster than that before long!

﻿﻿﻿
﻿﻿﻿ And, my sister-in-law, brother-in-law and nephew ran the 5k, so that just made the day even better. This was the 1st time my sister and brother in law had ever run a 5k straight through, so I was super proud of them. They are already planning to do a 10k next! And my nephew, well he ran in high school, so I was proud to see that he still had it. Who knows, eventually we may all be running a ½ together!

﻿
﻿ Moral of the story? Sometimes you just have to tell yourself – “Get over yourself!” and “It’s not always about you!” Let’s face it, people are facing much bigger challenges every day.

I have an injury. So what?

Right now I have another choice – I can stay home with the kids during the Texas Independence Relay and hear all the stories from the Hubby…or, I can be the team's driver and be a part of the madness. I still haven’t decided on this. There are other factors involved in this decision, but I am thinking about it!
Posted by TX Runner Mom

HUGE congrats to your husband on his new PR.

I think I'd have to drive the van just to be a part of it.

I know what you are going through, Christy. It is a constant ever-changing flux of emotion. I promise, this is just a season in your very long athletic career and you will be out there before you know it.
I believe being a driver is a very important part of the team...I mean, you can't have a relay if there isn't someone to get the participants where they need to be!
It was great to see you Saturday. Congrats to Joseph! He did fantastic!!

Congrats to your hubby!
And guess what, we are only human...its hard to see others doing what we love, when we aren't as able...
Chin up, and know you have a lot of love adn support!

I was just thinking the same thing about that grief cycle... I think I made it to depression this weekend, ugh. Hope I move into acceptance soon!

Definitely drive! I'm finally back after a minor injury that just kept coming back (because I was stupid). I hear you on the envy.

Glenner Memory Care Centers said...
This comment has been removed by the author.
5:03 PM

Sure wish more people would reach the same conclusion you have and learn an injury is not the end of the world. It's not even the end of the training season.

TX Runner Mom
I'm just an average woman trying to be the best version of myself. I'm a middle of the pack runner, a triathlete (and IRONMAN!), trying to balance the duties of wife, mommy and career with biking, swimming, and running with some strength training sprinkled in. Oh and I am obsessed with nutrition and trying to keep myself on track. Sometimes I'm pretty damn good at juggling everything. Other times I am a complete and total mess. But I've found that Margarita's can help...too bad they have so many calories! :0) 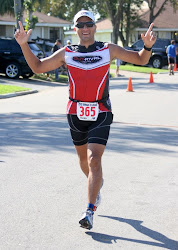 My college sweetheart, my hunk, the love of my life (and fellow Ironman). He decided to give this running and triathlon thing a try a few of years ago and has been rocking it! He also happens to be a blackbelt in Hapkido and a Jiu Jitsu bad ass, as well as a master beer brewer! 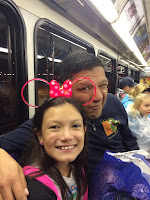 This cutie is our first born. She's sweet, cute, fun and very sassy! Always dancing, singing and being silly...she always makes us smile! 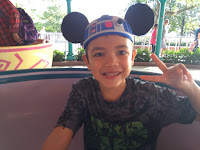 He's a rough and tumble Momma's boy, but also a cuddle bug when he wants to be. With his silly antics, there's never a dull moment! 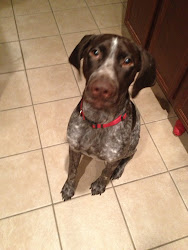 This is our crazy, GSP pup. He joined our family in March 2012 and while he can drive us with all his energy, I guess we'll keep him!

Other Blogs I Stalk Regularly